The blue sky, the emerald green ocean, the palm trees with the aroma of the tide. Open car with plenty of opening feeling where the mind and body are excited!

The place where eyes go to only the building which is empty is extremely dangerous where the visibility got worse on a glance that is unfamiliar teardrop. I want to talk about the local road situation of Okinawa limited, which is not in other prefecture while calling attention so as not to put too much speed.

Do not get over the bus lane!

As for public transport in Okinawa, only monorail and bus covering a small part of Naha. As a result, there are bus lanes everywhere on the road in Naha city, and buses are given preferential treatment in the morning and evening.

Be aware that it is fine as the bus ride to the police during regulatory time. As Okinawa's bus driver is unforgiving, I think he will be hit repeatedly from behind before the fine ... ....

Do not make a mistake in the traffic zones!

This is also limited to the national highway in Naha city, but because of traffic congestion, there is a section where the center line moves according to the time zone. Since the position of the center line is indicated by the mark on the arch, we want to pay attention when passing through the congested area in the morning and evening. Well, if it is not work, driving will be much more comfortable if you avoid commuting densely when commuting!

Do not get misled by street parking!

Car Society Okinawa. There are coin parking everywhere in the urban area and huge free parking lot is dotted in the suburbs. However, it is a tremendous street parking to see more than that. Although it is rare in national roads to rocks, in the back streets and residential streets, such as scenery where one side is completely turned into a parking lot.

At first glance, I think that it is "You can stop it!" Car rental car and Y number (see below) will be reported with haste, so I want to be careful.

Do not get caught up with my pace!

According to the Japan Insurance Association, Okinawa Prefecture's arbitrary insurance participation rate is about 53% (2015). Incidentally, Tokyo is 78%, Osaka prefecture is 82%, Okinawa prefecture is all the lowest nationwide. It is not uncommon to see tropical-style driving, such as driving a lot of speed, putting out speed too much, forgetting to turn on a turn indicator, driving a car in front of a green light ... ... etc.

At such time I did not shout angry and did not yell, Take It Easy. It is enough that only the outside temperature is hot. Let's never see the middle finger, open minded, smart, peaceful, not seeing! If you do not panic and rush and do not rush, but keep driving in line with the surrounding air, you will surely succeed. surely.

Asphalt used for road paving. In fact Okinawa, which had lacked earth and sand since the Ryukyu period, has a problem that the asphalt on the ordinary road as "uplifting coral reef limestone", a substance troubled to slip on the slippery when it gets wet We are.

Due to the performance of the car, in my case I could not confirm such a terrible condition, but there is a theory that it slides on snowy roads in the rainy season, and I want to pay attention to excessive speeding on the damned pass road and steep slope.

Do not get me wrong on the highway!

The speed limit of Okinawa is 80 km speed limit (60 km in part). Tourists who skimp on the mainland is a prey for pregnant police cars and Orvis. To be careful. 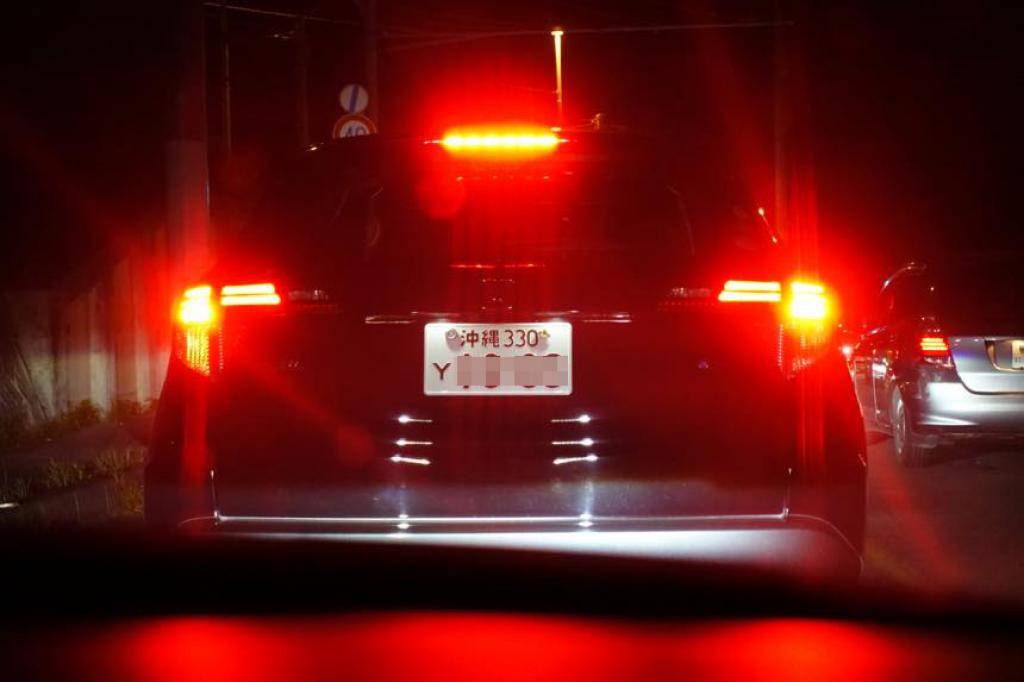 Watch out for Y number!

When driving in Okinawa (the more you go to the north), witness a car of unfamiliar number where the strange alphabet was written such as "Y" or "E" instead of Hiragana.

This is a private car owned by US military personnel, it is a little troublesome if accident, such as the Japanese road traffic law becomes partly unapplied. By the way, according to the Y number and the accident, police cars of the military police are going to fly from the US military base besides the Japanese police.

I have witnessed the patrol car of the US military that came out of Kadena base only once, but Mazda cars, American painting and patrump. US specification that never saw a number. In the driver 's seat and the passenger' s seat, whites of the giant budded without seat belts, drove away willy ignoring the signal.

Besides this, although Okinawa still sees rare family members who are unusual in the whole country, if you do not provoke so much, you do not want to harm the general vehicles, so please rest assured.

Although it may have threatened variously, the main road is comfortable at ease. Except for some, the traffic volume of the car is also small, and when you reach around the US military base there is an outstanding scenery (in another meaning) spreading. Hopefully everyone has the opportunity to hold handles in Okinawa and have a wonderful experience. Still people who are worried, let's add the "safe pack" which is set as a set together as a set together wide incompetence compensation system, non-operation charge compensation, premium road service and typhoon compensation!